Take Me There
Reading: More on Context… Establishing Personas
Save for Later 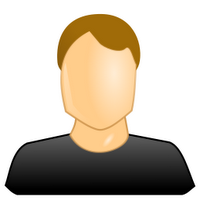 Okay, this is a long post… I didn’t want to break it up because these next few paragraphs represent a complete thought. If you’ve been reading my blog for at least the last 6 months, you have seen some of this before. We are continuing to establish context by working through a couple of personas for the book. We have one for the target manager we are writing for and another for the company that he works with.

I have been sitting on this content for at least a week. Dennis and I are developing a story thread that may end up running side-by-side through the entire book. The idea is that there is a narrative around what is happening in the lives of these characters (not as well developed as Goldratt’s the Goal, but kinda the same idea) that helps explain the ideas we are talking about in the book. That said, the actual story may never make the text… but we’ll definitely use it to focus the book.
If we make enough progress on the story line this weekend, that might be the next thing I publish… we’ll just have to wait and see ;-)
More on Context

Okay… so that’s it for now. Let me know what you think!
Next› The Agile PMP on InfoQ
Leave Comment
Mike Cottmeyer